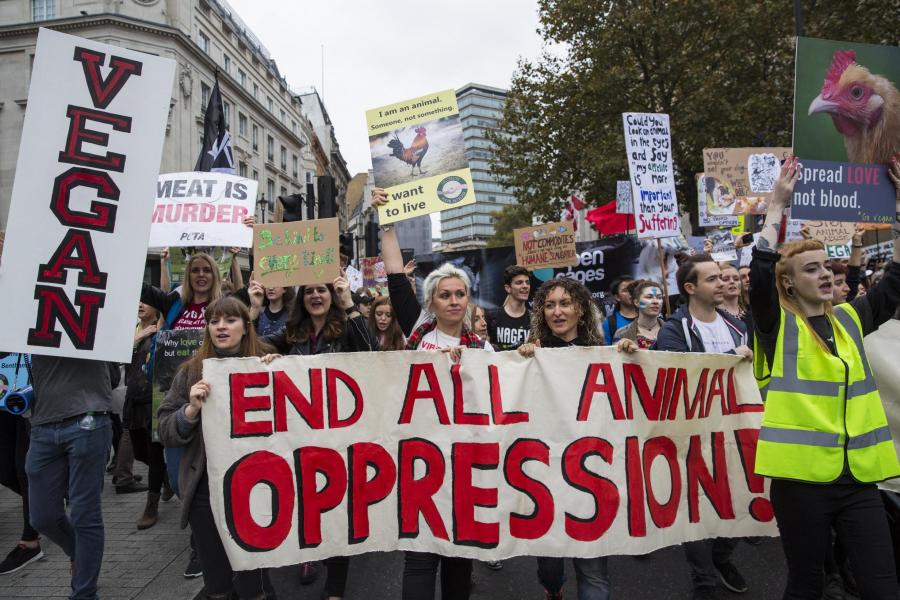 “Stop Killing Babies”  Finally fed up with the senseless routine killing of millions of babies, 2,500 people took to the streets of London to protest with signs. The murdering of so many babies, you might wonder, where and how could this possibly be happening in the civilized world? Well, what if I told you that the babies aren’t human. Does it make a huge difference? What if they are cats? dogs? pigs? cows? chickens? fish? insects? Now we are getting closer to the idea. Speciesism is the idea that different species should be treated differently. We live in a speciesist culture. One animal is bred as a surrogate child and another as a artery-clogging breakfast item.  Back to the baby killing. Most of the animals bred in factory farms are slaughtered when they are still very young, practically babies, and in the dairy industry, it is routine to kill male calves soon after birth.  Unable to produce milk, the adorable living, breathing, and feeling baby cows are considered by-products in an industry that puts profits over compassion. 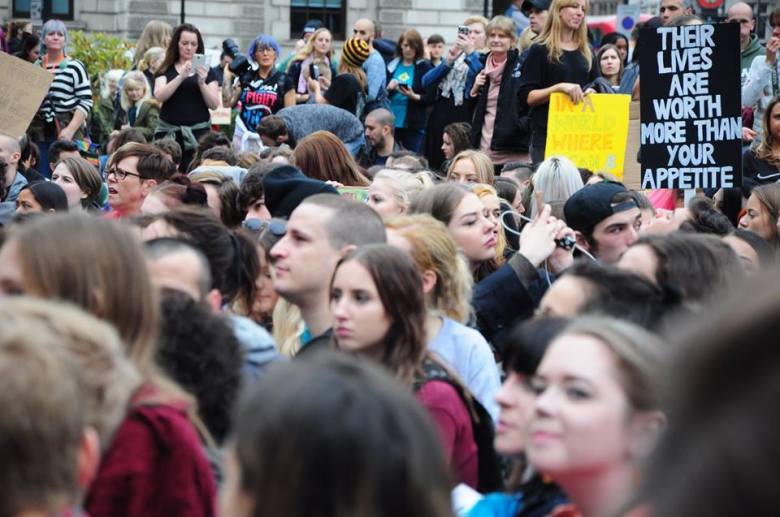 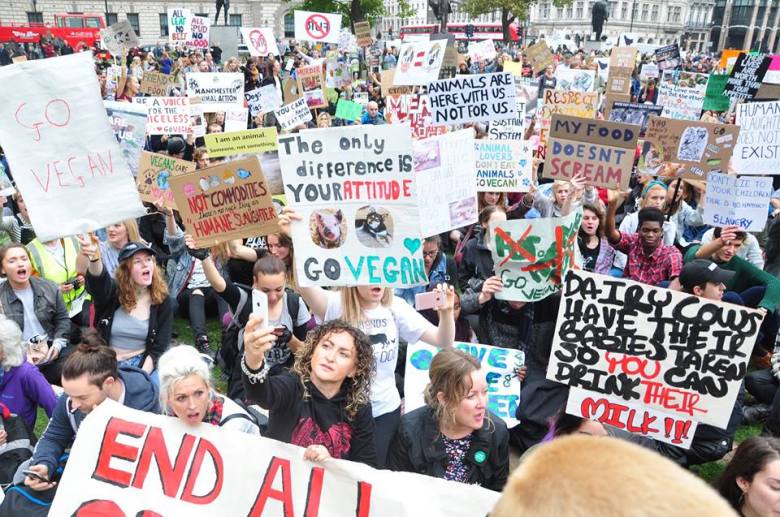 “The Only Difference is Your Attitude.” Why do something to a pig (roast it in your yard, for instance) that you wouldn’t do to a dog? Is it because you perceive them as different, cuter, smarter, kinder or cleaner perhaps? Pigs are in fact more intelligent than dogs, sweet as pets, and quite clean. They both love to play and cuddle. Maybe it’s just what you’ve been told to think or the mainstream pill in television form is keeping you asleep. In China, it is customary to some people to kill healthy dogs and eat them. What if someone killed your dog? “Meat is Murder.”

Why does this differential treatment of two quite similar species exist? Culture, Family, Religion, or Education. Most likely it’s a combination of a few elements. White People once owned black peoples. Men once owned women. Now people keep factory farmed animals practically enslaved their entire lives. But times are changing.

I think we’d agree that humans should have the same basic rights everywhere in the world, so why does a cow have more rights in India than in other countries where they are routinely butchered ? For that question, there is no sensible answer. People by no means need to eat cow flesh to stay alive. In fact, red meat is the leading cause of heart disease and other diseases.

In the immortal words of  The Smiths’ “death for no reason is murder.”  We kill them; they kill us.

So where exactly did all these people finally stand up to the injustice of animal abuse for no good reason? Hyde Park, London.  This year, there are about five times more people, over 10K, expected to attend the second annual Official Animal Rights that will descend on the House of Parliament to “Fight Animal Oppression” on September 2, 2017.   all  All over the world, people are waking up to the cruel realities of animal agriculture, thanks to social media and undercover investigations.  Groups in other cities like New York, Los Angeles and Miami are joining the global effort and standing up for the basic rights of all animals. 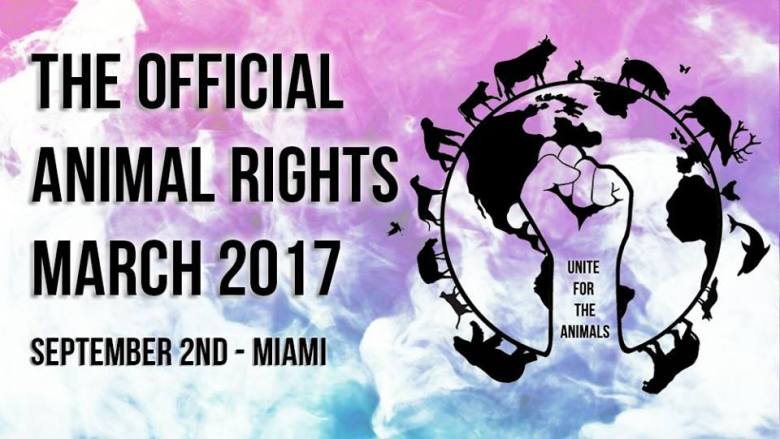 The activist group Surge started the march in 2016 in London, a city that has seen a rapidly growing movement in the last few years.  The activist group is determined to create a world where compassion towards non-human animals is the norm as it should be, a world in which humans are in harmony with other creatures of the earth. Now wouldn’t that be nice. “Spread Love Not Blood.”

In Miami, animal rights activist Karina Dionne is organizing the march with the help of other activists.  She mentions that she expects about 300 people to attend according to the almost 600 people expressing interest on the Facebook event page.  We are the movement. Miami, come out to show compassion towards animals and love to Mother Nature. “Go Vegan!”

The walk will take place at 4PM on September 2, 2017 at the Omni Metro Station 1455 Biscayne Blvd. For more information visit the Facebook event page and contact the organizer.