You might hear the loud raspy sound of an electric guitar, see tatted-up people dressed in black, wearing masks and skulls, and hear angry screams bellowed into the atmosphere, and you might confuse the stage for the set of a horror film. A tinge of fear might enter your mind, but you kind of like it. You are captivated by the show. After all, it’s just a show. 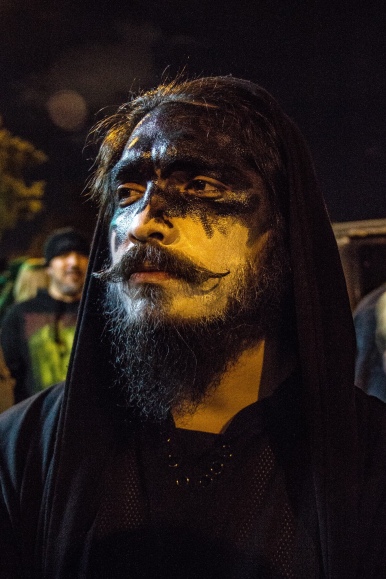 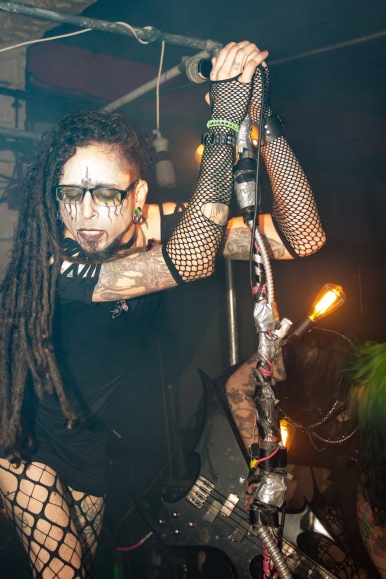 As you look a little closer, beyond the long hair, hoards of punk kids, harrowing shrieks and ghoulish attire, you’ll find a form of art that takes major skills and expresses something universal. Heavy metal grasps fear, confusion, and anger–all to common human emotions in today’s violence-fueled world and expresses them through instruments.

And the genre is very alive in Miami! The metal scene has been a tight group over the years, but lately it’s been growing an even bigger presence here in South Florida according to musician Daniel Martínez, former band mate of Letters of the Lost. He commented: “ We need more shows, like you feel like you’re at a show. We need more of that.”

The Apocalypse Records Signing Party last Friday January 19th at Churchill’s Pub definitely felt like a show, and it was packed. Headed by five time Grammy nominated engineers and producers, Mariano Aponte and John “JP” Guinan, the label teamed up with the Godfather of Miami’s underground music scene, Oski Gonzalez of The Oski Foundation, for their inaugural record signing party.

“This event was to give you a taste,” teased Guinan. The label is gearing up to expand their name, add more bands and musicians to their roster. “It’s rock, it’s metal, but we do everything. We never stop at one thing” They mentioned that they are planning on looking for more venues to showcase their growing music label and the metal scene.

“We want to build locally because this is what sparked it, ya know? Our friends, our bands, our town, ” said Aponte. 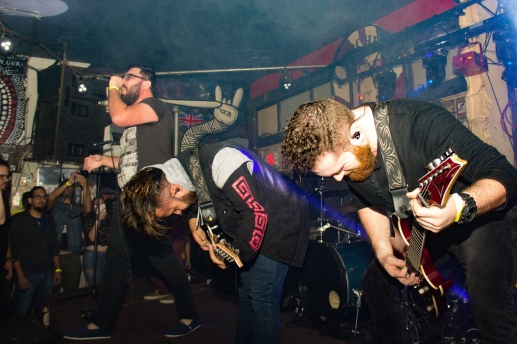 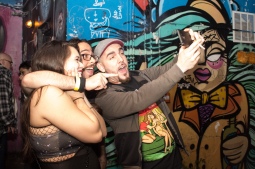 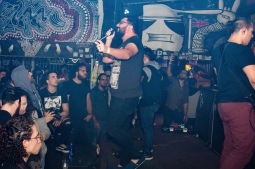 There was an orchestral element to the main band’s performances. Alternating between sharp guitar riffs, forcefully eloquent drums, and heavy-hitting vocals, they flowed in a synergistic rhythm, one arrangement following another in a balance of sound on a sonic tight rope that kept the audience at the edge of the stage during the entire performance. There was also some major face melting. In other words, they rocked.

Enjoy some videos from the featured performers:

A Victim A Target:

“We need to carve our own way. I think it’s going well. It’s better than what it was three years ago,” mentioned lead singer Roly Vee about how much growth he has seen since he first started performing back in 2011.

AVAT, one of the two bands signed on the label, describes their sound as a “melody-drenched metal with hardcore sensibilities and a flair for technicality.” The metal band’s single Brenna, was released last year.

“It’s pretty awesome. I’m excited for the future.” REVOLUTION bass player Joel Schlamauss shared. They’ve been around playing shows together for almost 10 years, “It was a great show and good turnaround. This one was good, because it was a show for us.”

“We recorded our first album independently,” Joel explained. REVOLUTION’s sound can be described as a “a turbulent mix of metal’s power, punk rock’s insular defiance, hardcore’s muscular savagery, and the ruthless animosity of grindcore.”

The band’s music addresses not just local corruption in the city, but also a reflection of what has transpired over the last decade of “Counter-Terrorism-Surveillance-State.” Now they’re channeling their perceptions and energy into recording their second album with Apocalypse Records, and even plan on releasing a new single within the next couple months.

With powerful vocals, lead singer Nova Embers connected with the audience when she sang heartfelt lyrics about her brother’s passing during her set.

Mekronium: Fan favorite. They always put on a theatrical show with props including a rocking horse and swinging light bulbs.  One was shattered on the ground. 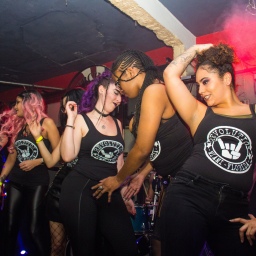 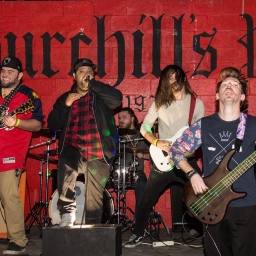 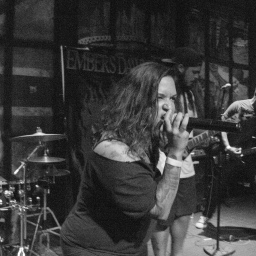 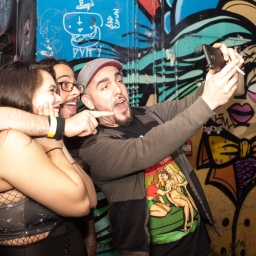 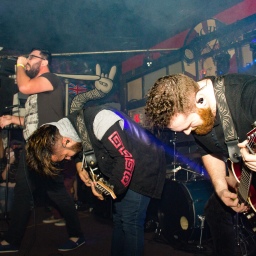 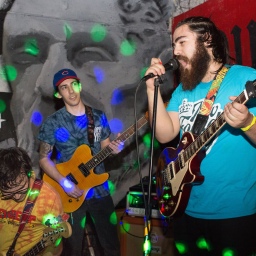 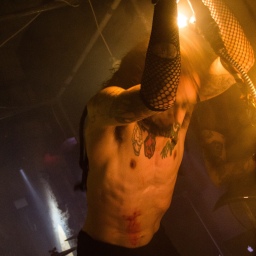