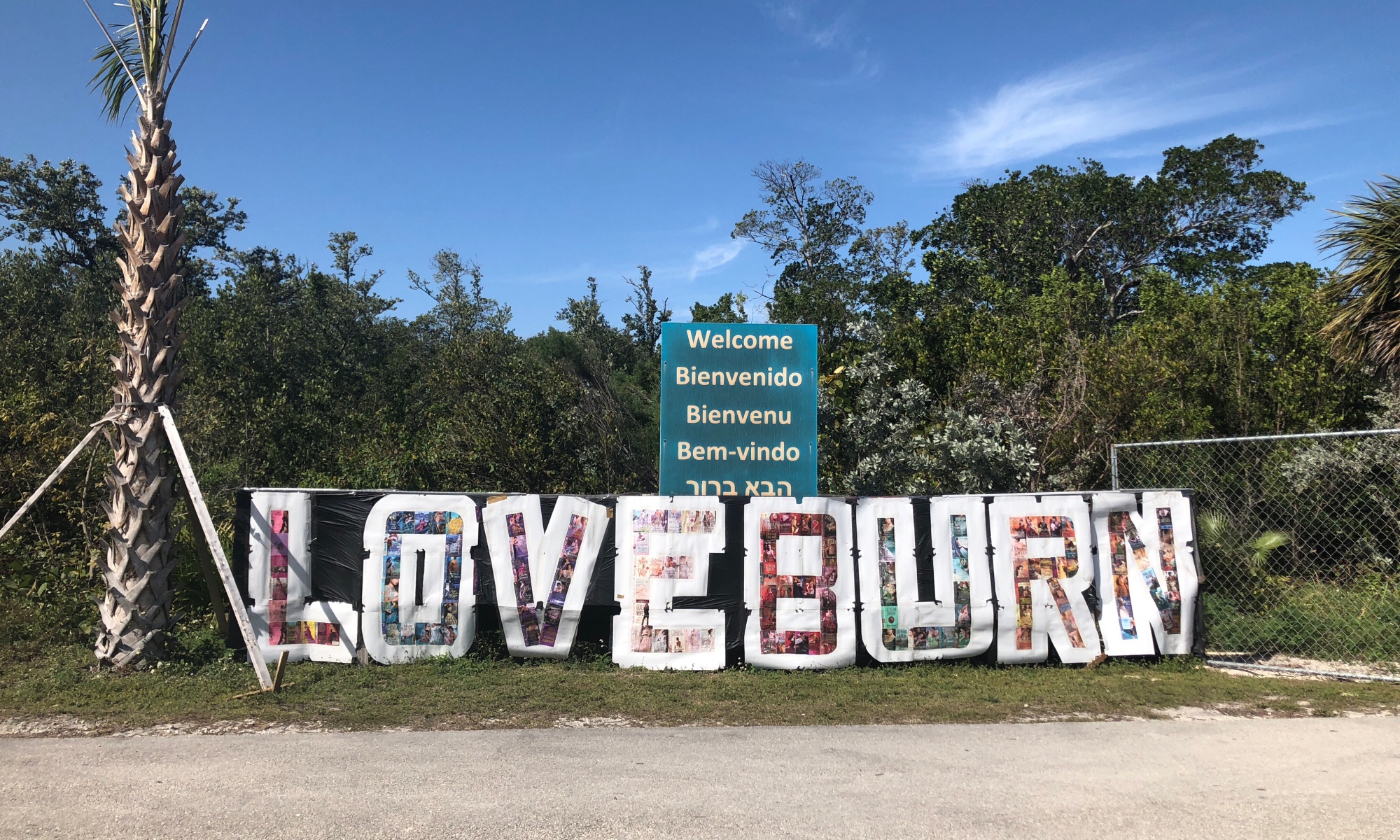 In the 1890s, the World’s Fair first brought many countries together to showcase their best talents.  Through art and imagination, countries built bridges.

Inspired by the power of creativity to bring different people together, Love Burn 2018 festival organizers reinvented the World’s Fair burning-man style, explained Glenn Gray, director of operations who is shown in a psychedelic suit in the picture below on the right.

I had the chance to chat  with him at the press tour on Saturday afternoon, during the three day festival, which took place this past weekend January 26-28. 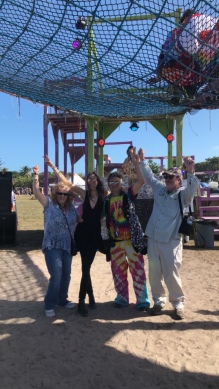 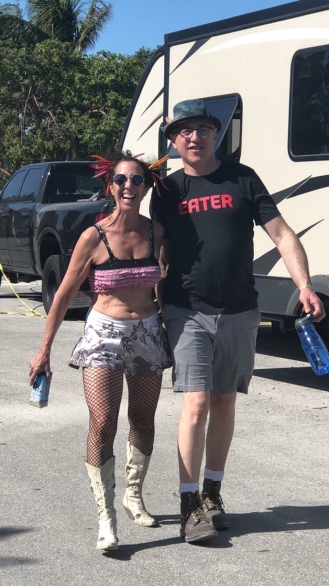 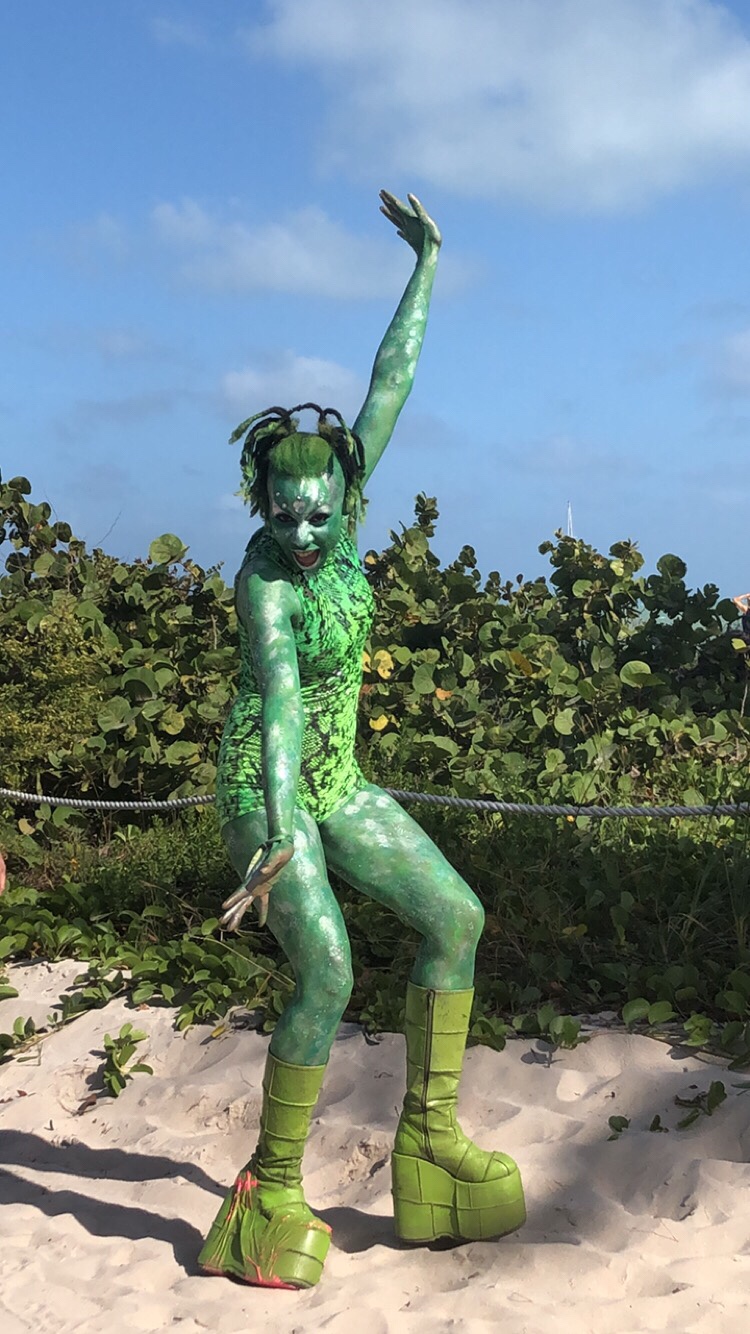 “One of the features of Love Burn is interactive art. We have a mission to grow a happy prosperous community that encourages small to large scale interactive art,” said Gray.

In “The Temple of Love,” participants could write letters to lovers, past, present and future with sharpies.

On a smaller scale, there were many games inspired by the World’ Fair theme, including vintage contraptions. 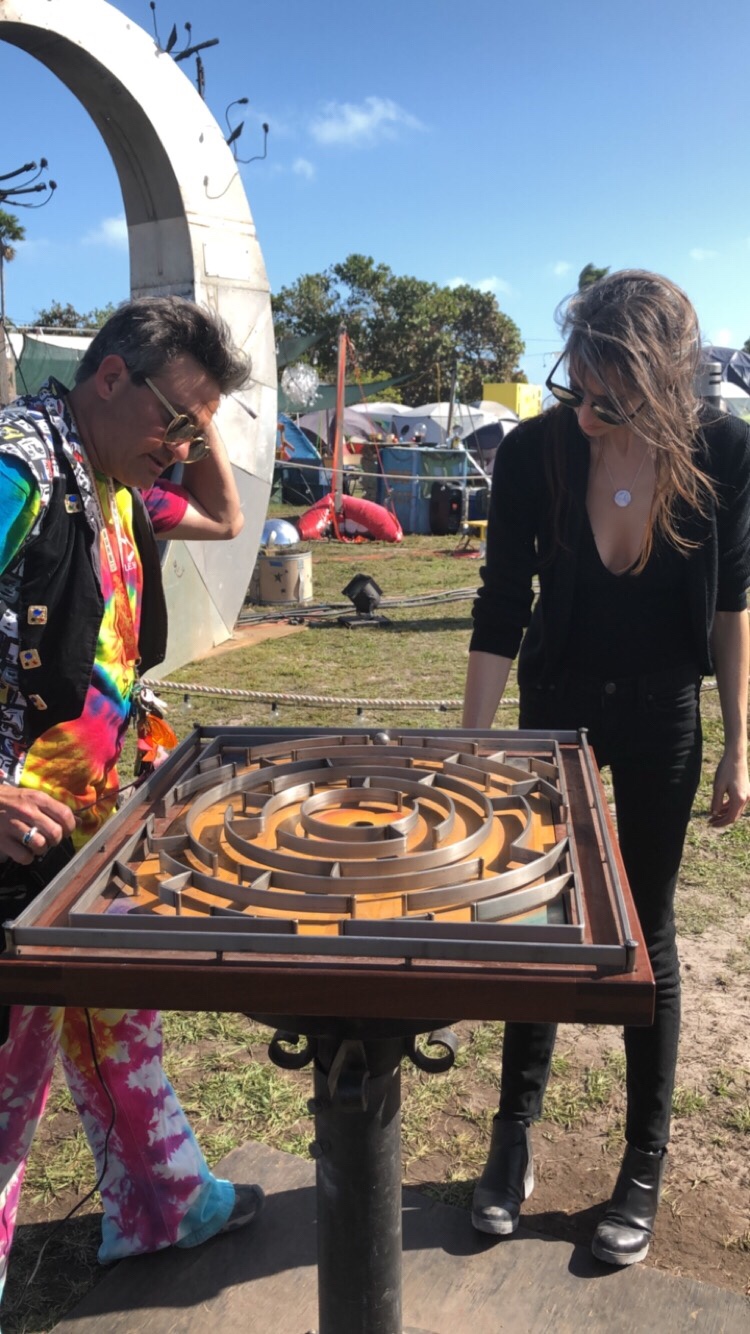 Aside from the fun vintage games inspired by the theme, there were larger interactive live art devices including a pole swing and a trapeze swing.

The Freakeasy created “The White City” with a Giant Sand Castle 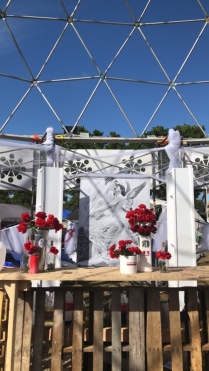 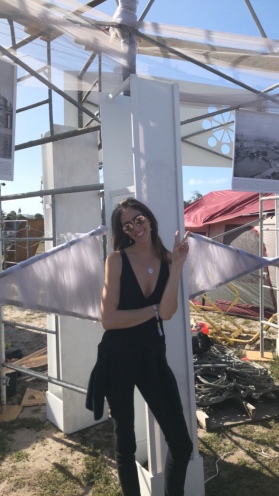 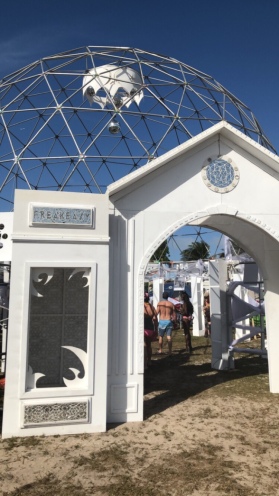 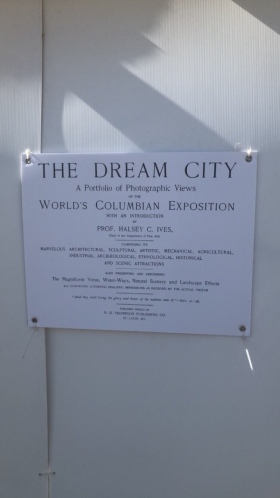 Beyond the main festival grounds, participants camped along the beautiful beach at Virginia Key Beach.  The free and loving vibe creates a community where nudity flies in nature just like the seabirds in the sky. 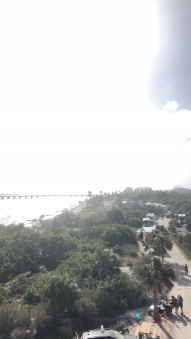 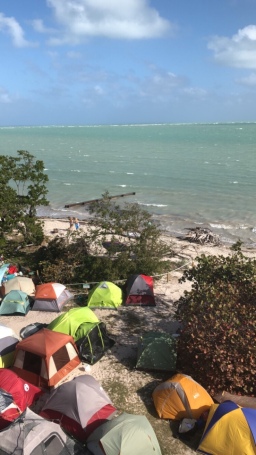 Of course sonic art was present the entire time to keep people moving, with various DJ stations, playing mostly techno, set up along the campgrounds.

Many of the participants brought out tents providing services like a library, lemonade stand, beauty salon, massage parlor, and costume exchange, none of which are for sale, adhering to the principles of the festival, one which is gifting. 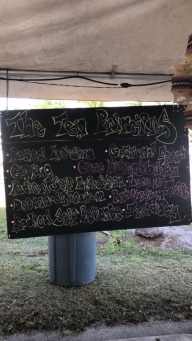 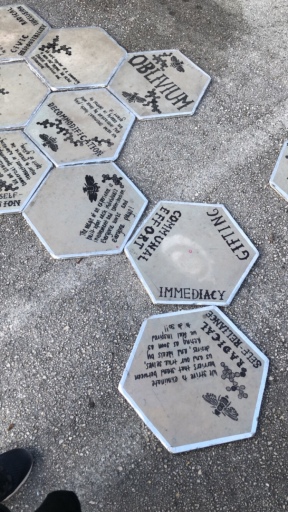 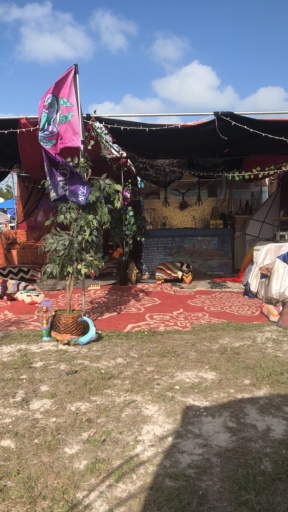 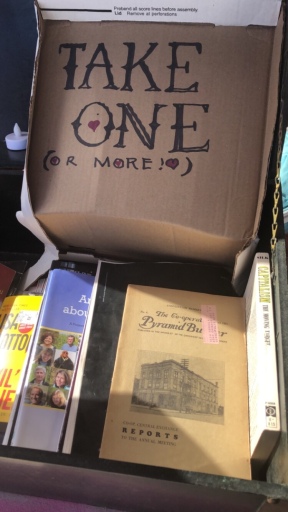 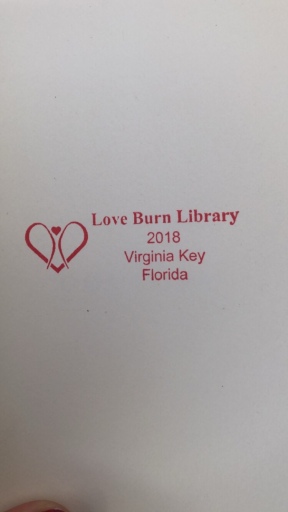 Love Burn 2018 was a world of its own in many ways, one that we might hope to achieve, but now exists only through the actualization of many brilliant people’s imagination, as a weekend beachside getaway.