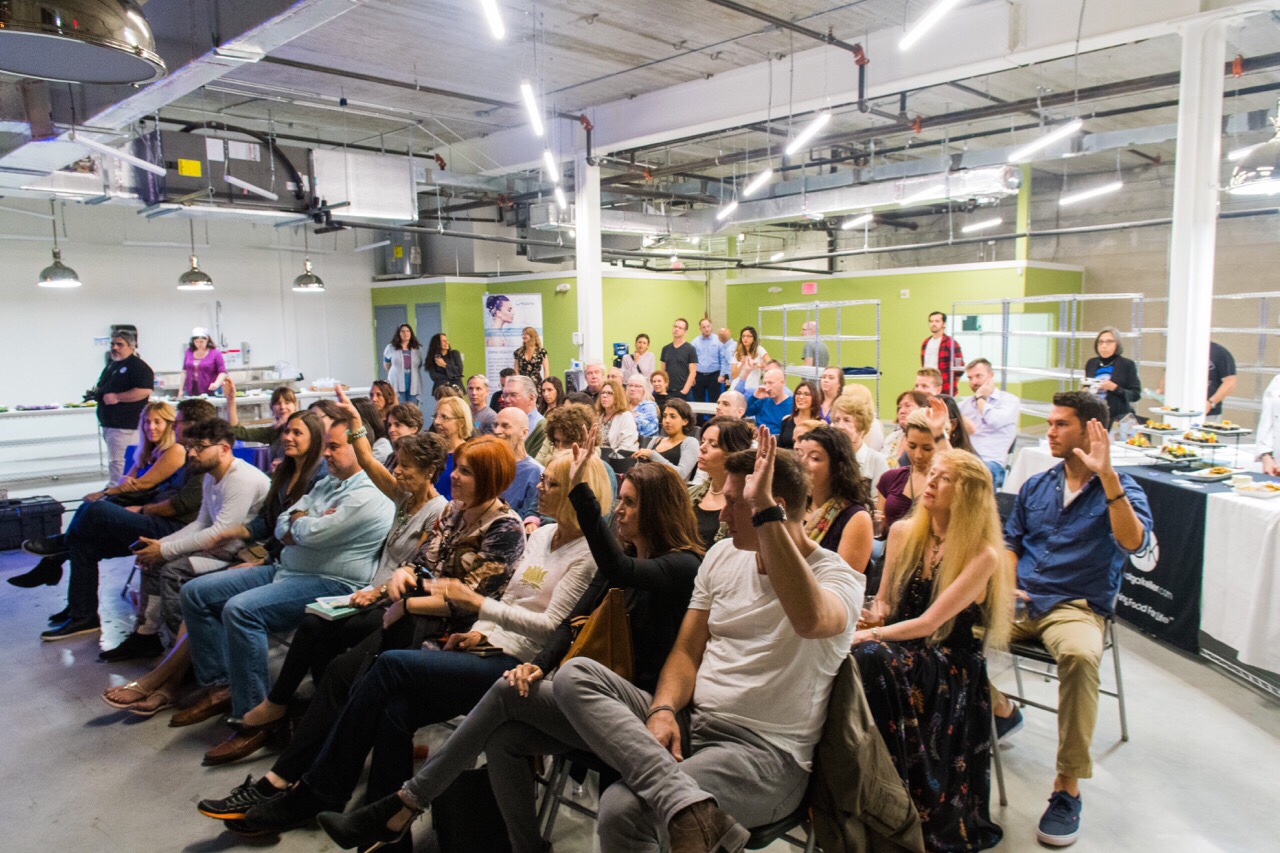 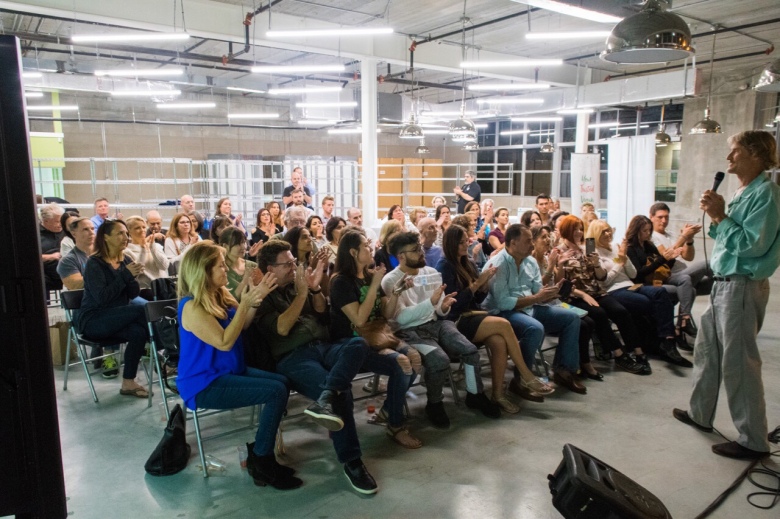 The beauty of the vegan community is that everyone is acquainted with almost everyone. We all live these busy lives, and every once in a while, a groundbreaking event like “An Evening with Dr. Will Tuttle” at Vegan Fine Foods brings us together to catch up and enjoy yet another moment with each other.  This event is leading up to the grand opening of Vegan Fine Foods, the first all vegan market in South Florida. 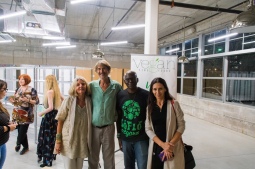 Soflo Vegans, Earthsave Miami and Vegan Fine Foods put together an extraordinary evening by presenting author Will Tuttle, best selling author of the The World Peace Diet: Eating for Spiritual Health and Social Harmony to the South Florida community. As everyone got ready to take their seats for the presentation, I found the perfect opportunity to get some one-on-one time with the man of the night. I walked across the room to where he stood in line for more food. 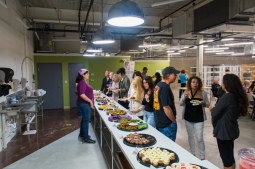 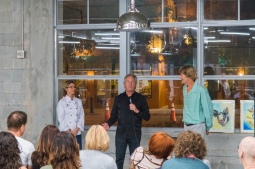 “I’m a huge fan of yours!” I said as I introduced myself to Mr. Tuttle, who was about to fill up his plate with  food from Inika Foods. “What inspired you to write the World Peace Diet?”

Without hesitation and graciously he replied: “What inspired me was that I realized that no one had ever written a book that elucidates the big picture of the abuse of animal agriculture. Not just for our health, the environment and the poor animals but the whole spiritual, psychological, cultural and historical dimensions of it.”

He further continued: The World Peace Diet is considered by many people now to be the bible of veganism because it tells everything about it on the deepest level in the broadest way and it’s been translated to sixteen languages and we travel all over the world. It’s great to see how international the response is.”

Intrigued, I then asked, “What’s your opinion on the vegan movement and it’s expanding, since it did have such a big boom last year and so many people are seeking this lifestyle?” 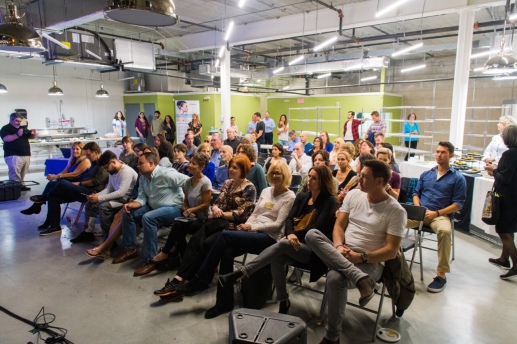 “The vegan movement is now beginning to get more mature and people are beginning to realize that this is not going to go away.  It’s not a fad, it’s really the foundation if we’re going to have a future, this is it. We don’t have a future as a society if we keep killing animals because it’s destroying every level, our environment, but also our health and it dumbs us down. We learn to not make connections and see beings as objects to be used rather than as beings worthy of respect so we create social justice, racism sexism, these horrible things come out of this mentality, ” said.

This man really gets it, I am thinking.

Tuttle continued, “Veganism is getting to the point where now as vegans we realize that it’s time for us to share the message but also to live the message by raising our awareness so that we are always feeding others with kindness and respect, not just animals, but each other.”

“And what was the hardest part for you, when you started out?” I asked.

“The hardest part for me when I started was other people. Family and friends thought it was crazy. This was way back when I was a vegetarian back in 1975 and vegan in 1980. I’ve been vegan for thirty-eight years. In the beginning there weren’t any foods that we have now. There was no vegan ice cream, or vegan cheese or vegan sushi. But I didn’t mind that because there are just so many fruits, grains, nuts, beans to eat,” he said. 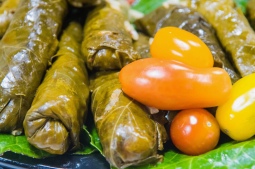 I also asked him what advice he would give to those people that would want to go vegan.

“The main advice I have for people who are interested in veganism is to just make an effort to understand the issue and the consequences of our food choices, not just for our health but others. For hungry people who are starving because we are mostly feeding these grains to animals, people go hungry. Food shortages cause wars.  The impact of slaughterhouse workers who have to stab these animals all day: they have the highest ratings of suicide, alcoholism, drug abuse. The impact on our health: spiritually, psychologically, physically, and the impact of animals and wildlife, and we realize basically all of us have been given this gift of a physical gift of a body that does not require animals to suffer to get all the nutrients we need to be healthy, so to really understand that and to move in that direction.”

Vegan Fine Foods is still in the remodeling stage as they get ready to open their restaurant to the public by the end of February.

Will Tuttle gave out a peaceful vibe that welcomed everyone and reminded us to spread compassion. Towards the end of his talk he recited a poem, called “Point of View” by poet Shel Silverstein.

As a busy college student, I can say that having time to sit down with friends that share the same interests is a breath of fresh air. The community is expanding at an exponential rate.  More and more venues are opening in South Florida giving us more options to choose from. It’s never been an easier time to not only be vegan, but meet other vegans and people who want to make the change. An all vegan market opening in South Florida is truly groundbreaking, and it will open the doors for more to come!