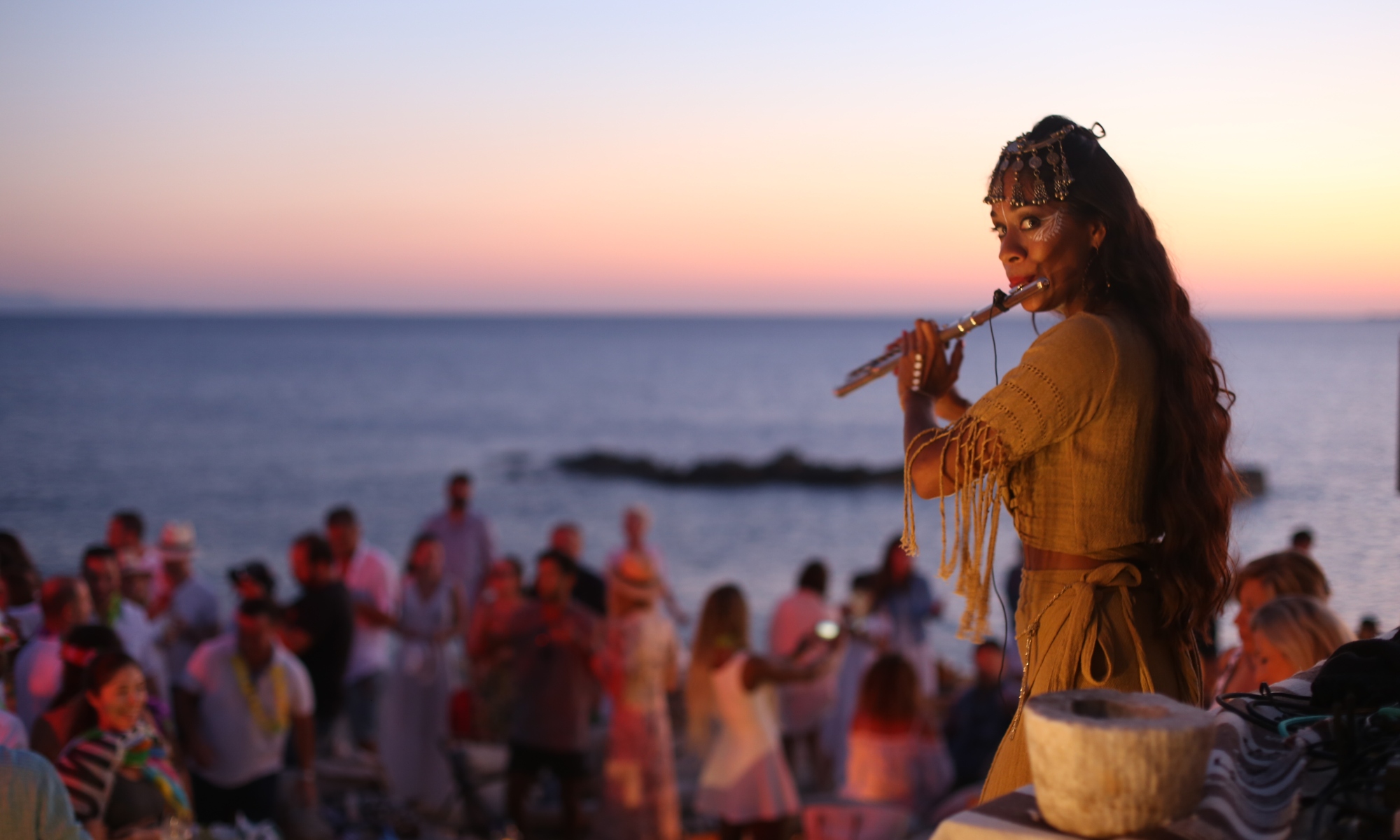 Nature is full of music: drops of rainwater, thunderbolts of lightning, the chirping of birds. Each of these sounds speaks to us on a cellular level. They soothe us or they disquiet us. They signal to us to act. Engage or retreat.

We are, after all, made of atoms that are constantly vibrating in electric fields, just like everything else in creation. So, it is no wonder musical notes, sonic vibrations traveling through the air, resonate deeply with every part of our beings. Melodies open us up to new ways of interacting with ourselves, each other and the environment. Music is our natural language with the earth. The earth is in trouble and so are we. 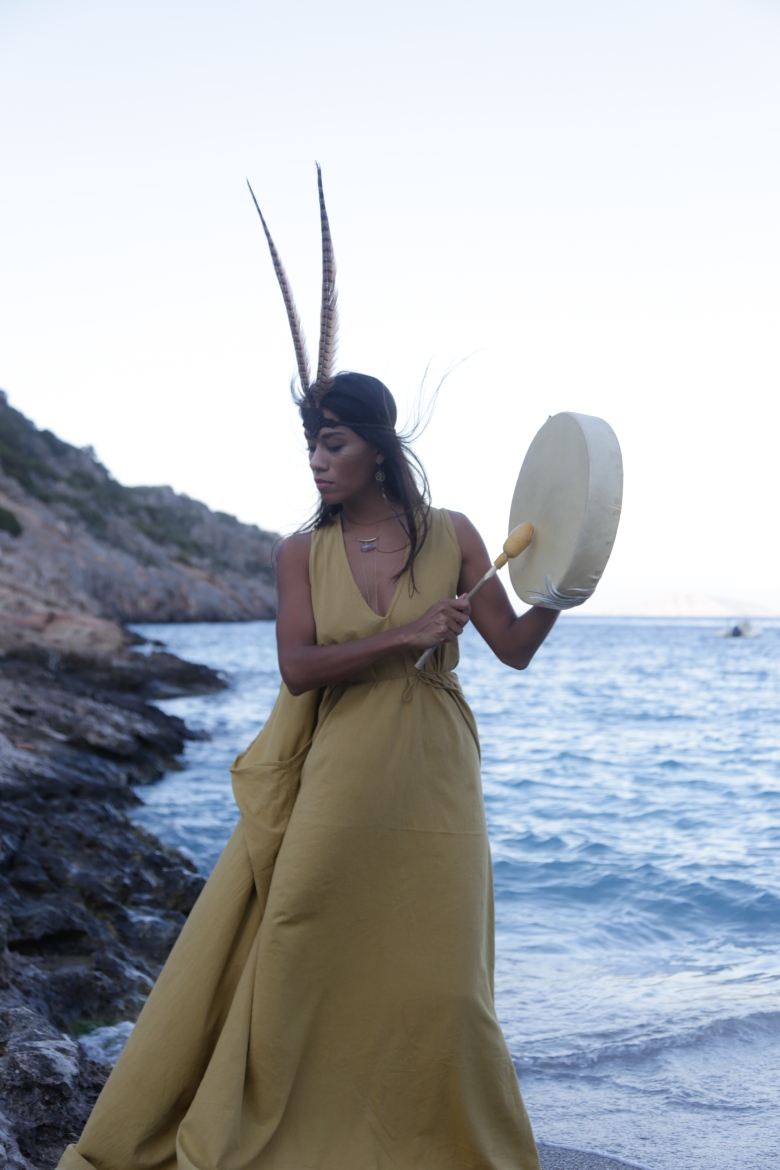 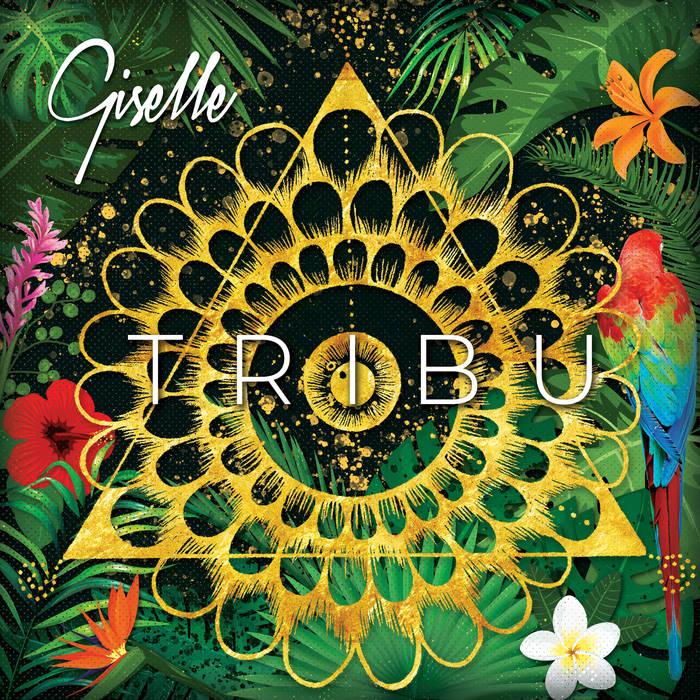 While this album offers music inspiring people to dance, it’s also been created to have you feel, and to remember where we come from; this beautiful Mother Earth giving us everything we need and more.
We have a duty to her.

It reminds us of our duty to protect the water of this Earth,
not only for ourselves, but for the future generations.
It stresses the message that WE ARE WATER,
and therefore we must take care of the water we carry inside of us.

Aho Mitakuyeoyasin. We are all related.” -Giselle

I got a chance to talk to her about her lifelong journey towards creating a musical prayer of protection for Mother Earth, something so needed right now in the world.

Being born into a musical family of four siblings, the songbird started singing when she was about four.  Around ten, her parents asked her and each of her siblings each to choose an instrument.  For her, the flute was a natural calling.

“I always loved the flute. I still remember when I went to an open house for middle school and was asked to choose an elective. I chose Music. I asked right away where the flutes were and the instructor opened one of the cases. I assembled it intuitively without guidance, and I knew how to hold it. So the teacher said that it was my instrument,” said Giselle.

While she consistently played the flute, she grew afraid of singing but “the plant medicine brought it back,” she explained. 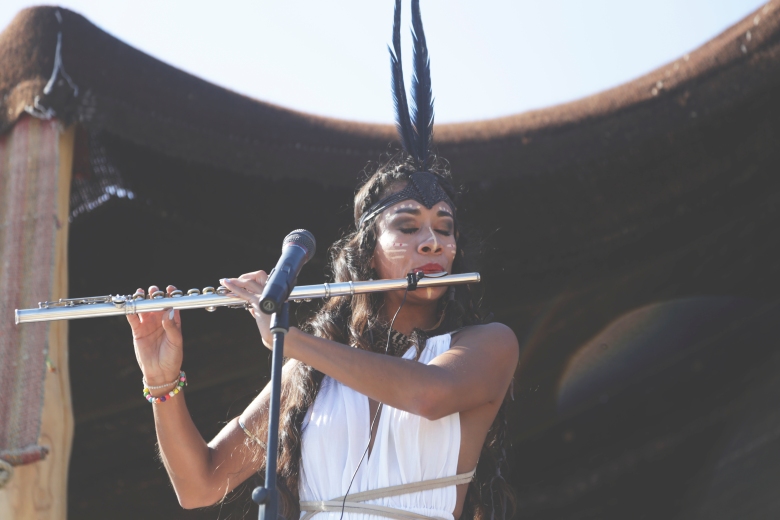 After having engaged with plant medicine ceremonies from North American deserts, as well as with tribes from the Amazon jungles,  she learned about Icaros or medicine songs. “They are incantations from the spirit of the jungle meant to facilitate humans. Some of the chants have healing qualities and create certain vibrations in the body that help you move energy,” she explained.

During her ceremonies, the songs for her album came to her. “They are gentle but still have an element of incantation to wake people up and connect them to the spirits and elements of the earth so that they can appreciate it more and do something to take care of it” mentioned Giselle.

Giselle’s album comes at a time in history when the effects of man-made environmental degradation are becoming evident.  We need this prayer. We need this medicine. We need music to help us heal and come together to take care of Mother Earth before it is too late.

You can Listen to TRIBU online at GiselleWorld.Bandcamp.com

Giselle’s musical career dates back to the age of 5, and her love affair with the flute began at the mere age of 10. She quickly evolved and landed her first solo debut performance with the Coral Reef Symphony Orchestra at 16, followed by a tour as a soloist with the South Florida Symphony in Nicaragua. Giselle went on to pursue a Bachelor’s Degree at the New World School of the Arts and University of Florida in Flute Performance, and then went on to receive the highest regarded accreditation for a flutist, a Master’s Degree in Flute Performance from SUNY Purchase Conservatory. Today Giselle goes beyond her own flute skills to help others reach their musical and artistic potential, as a professor of Music and Humanities at Miami Dade College.

Giselle’s artistic name ‘Giselle‘ stems from a hunger within to reach not just the ears of her audience, but to bypass physical boundaries and deliver them into a trance. She achieves this by fusing different eras of music from classical, electronic, and contemporary, while enhancing the experience with art, fashion, and dance. Beyond hypnotizing listeners into a trance, Giselle’s other passions are nature, traveling, yoga, spiritual wisdom, philanthropy, and health. Her search for spiritual wisdom is connected to her travels and exploring new cultures that speak to her soul.