Last Days in Havana (Cuba/Spain) is the latest film from Fernando Perez, one of Cuba’s finest living filmmakers. The ninety-three minute cinematic work of art is a forlorn valentine to the communist country’s crumbling capital and it’s unrepentant dreamers– both young and old.

The film shines a dystopian light on modern day Cuba. The story is centered around a dilapidated apartment in the slums of Havana, reflecting the physically battered down state of its owner Diego (Jorge Martinez), chained to his bed due to AIDS. Initially the sole other resident of this apartment is Miguel (Patricio Wood), Diego’s longtime friend and caretaker.   Diego’s incapacitated state yet cheerful mood contrasts Miguel’s sound physical health yet solemn and monotonous approach to his current life; the latter character’s only hope is an American visa, which he eagerly awaits via the postal service.

While bedridden and in pain, Diego ceases to loose his joie de vivre, his lust for life.  His lust is so intact indeed that on his last birthday, his dying wish is to have a male prostitute.  So, he asks Miguel to find him one.  Street hustlers seem to be rampant in the chaotic Havana, and the film portrays a gritty city where people are doing whatever they need to do to survive. 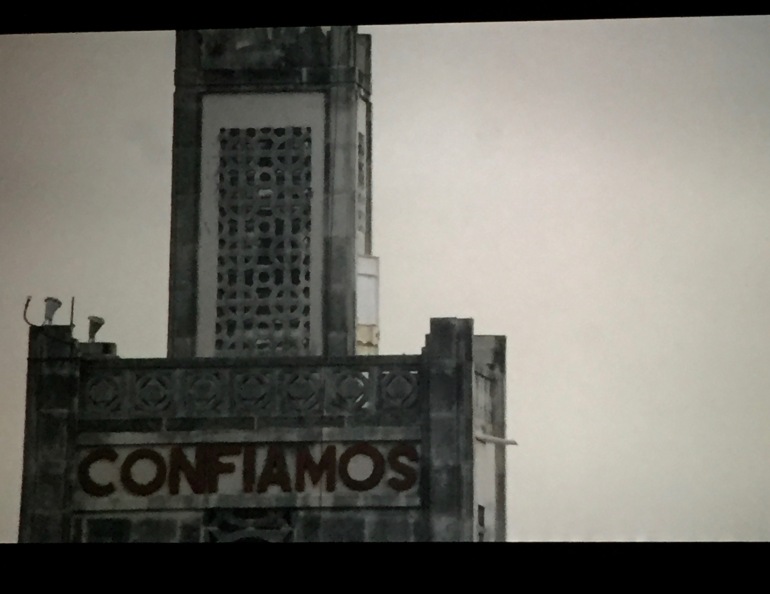 Diego provides a comedic relief for the film. The prostitute introduces himself to Diego as P3, due to his name being Pedro Perez Perez.  Upon gazing at his sizable genitalia, Deigo says “They should call you P4.”

Miguel, on the other hand, is not as libido lively as his friend, spending most of his days reading Shakespeare to learn English and mapping out his escape to the United States.  First, it was Nueva York, but after the terrorist attacks, he changes his destination of choice to Portland.

The other main characters include their neighbors in the ghetto apartment complex, which are more like his family, and Diego’s cousin and her daughter Yusi (his niece), along with her boyfriend.  His neighbors include a negra, who dresses all in white and spends most of her time doing laundry or ironing, and a sexy and spunky 40-something blond woman, who is either singing or screaming as a result of being jilted by her lovers. Unlike in most of the States, where people don’t even speak to their neighbors, in Havana, the crumbling walls don’t talk, they sing and cry, and those around you can hear it all.

For all his humor, Diego simply can’t continue his life, and attempts suicide by staying out on his balcony during a torrential downpour. Miguel finds him and rushes him to the hospital, where he passes away. The prior scene beautifully foreshadows his final demise. Miguel is riding in a taxi, and the driver is playing Beethoven. One of the young passengers refers to the classical music as the music of the dead. Interestingly enough the driver is a Cuban veteran who would listen to this very music in the war zone.

The soundtrack of the film provides an aesthetic element that makes the film flow from start to end.  Some time shortly after Diego’s death on Nochebuena, Miguel goes to the market during the holidays to purchase chocolate for P3, as requested by Diego. There is Cuban pop music playing and the people in the store, which is full of Christmas decorations, and everyone is dancing, except for Diego.

This scene is the climax revealing the movie’s grander scope. Diego is understandably even more depressed than usual, sharply contrasting the festive spirit. During this scene, the music has a juxtaposing effect.  A man sings something along the lines of lick my lollipop to help you forget all your troubles. The director suggests that the Cuban people remain spirited in the face of devastating misery– to the point of ignorance and lunacy. The music is shallow and refers to the use of sex to distract people, much like Diego does in the beginning of the story. The song plays as the camera pans from face to face. It’s a zombie movie in which the zombies are the victims. 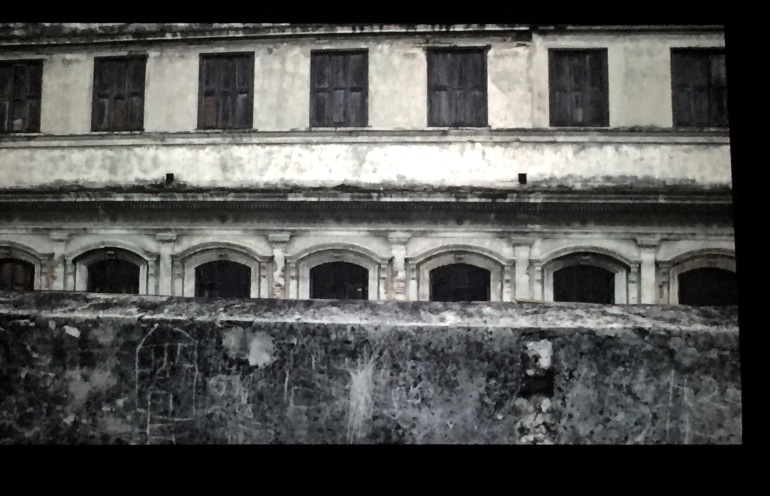 The film is in Spanish–in Cubanish to be exact–with English subtitles, so Cubans who know the language will get it in a way that others won’t.  For instance, flan de calabaza is translated incorrectly into pumpkin pie in the subtitles.

So, while this movie can surely be enjoyed by an international audience, it is undoubtedly a different experience for Cuban dialect speakers. Any one else will not find it funny to hear the impatient mother cursing due to her son not moving quick enough for her commands as will one who is tickled by the ability to reminisce on similar experience in their past with their own mothers.  This was evident by the giggles and chuckles of the clearly Cuban speaking audience contrasting those transfixed on the offensive subtitles.  When Diego’s neighbor refers to her Man as “Papi” and the subtitles read “Dad” one may wonder if there is an incest fantasy being played out, a more appropriate translation which English speakers may relate to is “Daddy.”

The film ends with a monologue from Yusi. She faces the camera directly, her innocent and spunky teenage spirit now subdued by the misery of her reality.  She says most people are afraid that the world is going to end, but she’s just afraid it will stay the same. A powerful poetic moment expressing the hopelessness of her situation and of those who stayed behind in Cuba.  She gives viewers a runaround of all the characters.

“As for Miguel, no one knew of him again, ” she says in her final words. This statement is followed by the end credits in which we view Miguel working at Wandaland, a knock off version of McDonald’s as evident by the upside down golden arches (W). There is no music and it is snowing. Since we don’t know what happened to Miguel all we are left with is his broken dream of wishing to go America to do something as simple as work at a McDonald’s.  The director uses the fictional Wandaland to leave no doubt that Miguel fantasies were just that a fantasy.  He’s yet another unfortunate Cuban with broken dreams. One might infer that he may have made it up North, but he ends up no better than he was in Cuba working as a dishwasher, where at least he could take a dip in El Malecon.

I appreciate how Fernando Perez maintained a realist position in the end, and not a happy ending as the film industry has historically been saturated with.

I highly recommend this film. It is a true work of art. It will keep you captivated from start to end. While gritty and dealing with some difficult themes like illness, homosexuality, death, and despair, the film is filled with humor and spirt. It will make you laugh and maybe it will make you cry.